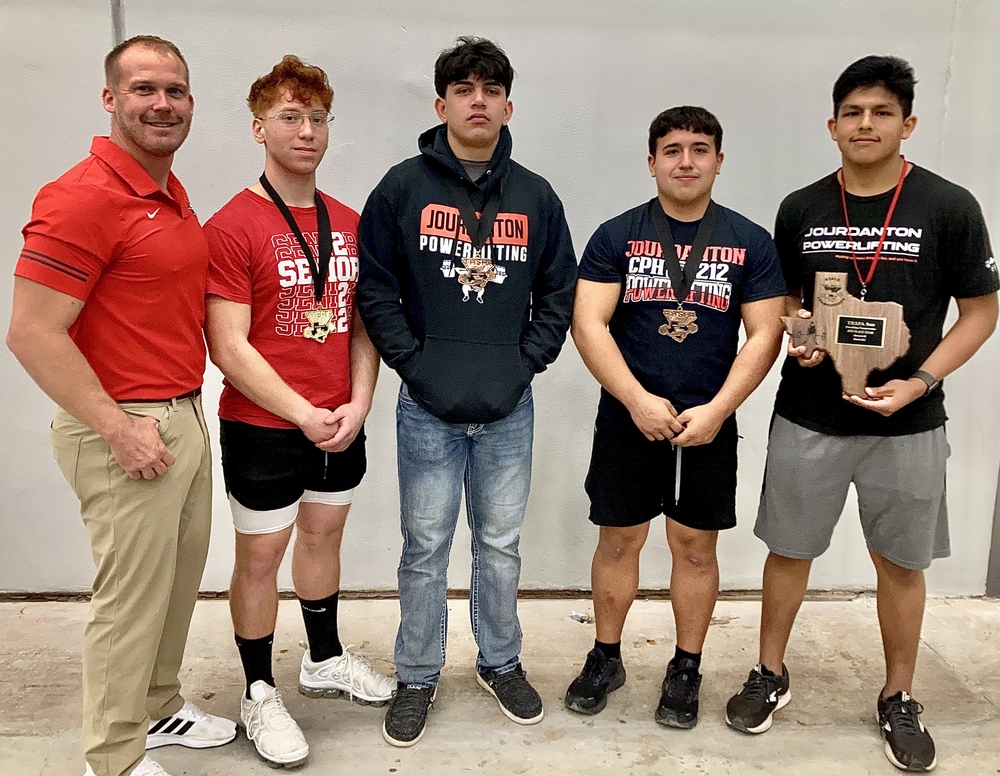 Jourdanton and Atascosa County, you are once again the home of a STATE CHAMPION powerlifter.  Chris Verdin (Senior) is the 181 pound State Champion. Verdin also broke the 181 State Squat Record, with a smooth 655 lbs, followed by 395 lbs bench and 630 lbs deadlift. That total of 1680 pounds broke the long standing State Total Record by 60 lbs. Not only is Chris a State Champion, but he has stamped his name twice in the Texas Powerlifting Record books.

Jourdanton’s accomplishments on the day did not end there. Junior, Juan Lerma broke the State Bench Record with a bench press of 525 pounds. That is 80 pounds over the previous record of 445 lbs. in the 198 weight class. Lerma place 3rd with a total of 1580 lbs.

Senior, Nathaniel Arias placed 5th in the 198’s, but only after missing a 595 lbs. deadlift that would have placed him 2nd due to a technical mistake. Arias had an amazing senior season, finishing on personal bests of 595 pound squat and a 405 pound bench press.

As a team, Jourdanton placed 4th in State.