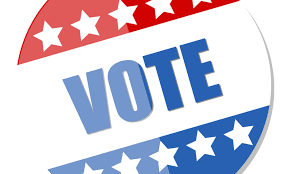 The next school board election will be held November 8, 2022 for the following seats/places:

Requirement for candidacy of School Board Trustee

To be eligible to be a candidate for, or elected or appointed to, the office of school board member, a person must:

1. Be a United States citizen.

2. Be 18 years of age or older on the first day of the term to be filled at the election or on the date of appointment, as applicable.

4. Have not been finally convicted of a felony from which the person has not been pardoned or otherwise released from the resulting disabilities.

5. Have resided continuously in the state for 12 months and in the territory from which the office is elected for six months immediately preceding the following date: a. For an independent candidate, the date of the regular filing deadline for a candidate's application for a place on the ballot. b. For a write-in candidate, the date of the election at which the candidate's name is written in. c. For an appointee to an office, the date the appointment is made.

6. Be registered to vote in the territory from which the office is elected on the date described at item 5, above.